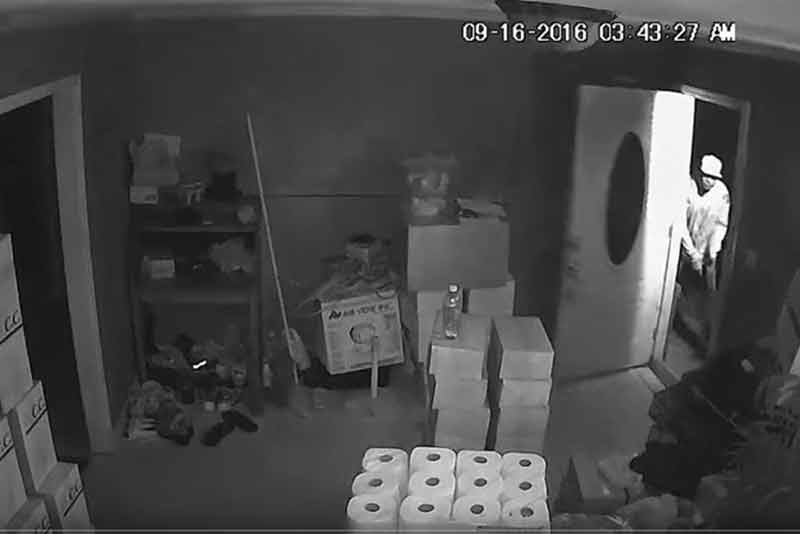 In the first video, the home invasion took place in June 1994, Tallahassee, FL where two men pistol whipped, tied up and executed at point blank range, the homeowner, Casimir “Butch Casey” Sucharski, 48 (who owned a local bar, Casey’s Nickelodeon in Pembroke Park) and his two guests, Sharon Anderson, 25, Marie Rogers, 25. As it turns out, the homeowner (Mr. Sucharski) had a gun, but it was in another room, which one of the home intruders found and used to shoot in the head, the homeowner and his two female house guests.

As it turns out, the homeowner had a gun, but it was in another room, which one of the murders found and used to shoot the homeowner and his two house guests.

In this second video, the home invasion took place in Atlanta, GA, on September 16, 2016 just before 4am. Three intruders, all armed with guns, kick open the front door of a home. They actively search for the residents of the home, until a woman emerges from her room and shoots at them. What would have happened if the female resident did not have a gun to defend herself? This could have easily ended up badly for the woman. Thankfully, she had a gun and was able to successfully use it.

Home Invasion Lessons to be Learned

In both cases, the homeowners probably thought that a home invasion would never happen to them. And although both homeowners had guns, one of them (Casimir) was unprepared because he wasn’t carrying his firearm on his person AND likely was not mentally prepared for a home invasion. This is why, no matter how unlikely, we all need to have a plan so that we can be mentally and physically prepared for the unthinkable.

In the home invasion from Atlanta, although the woman was ready with her gun in hand, she made what could have been a deadly mistake in leaving her safe room to confront her intruders. That is because one of the intruders already had his gun pointed at her as she emerged from her room. Luckily, she was still able to shoot him first. This is why it is not a good idea to leave your safe room to confront the perpetrators (let them come to you and risk their lives).

I have heard “Experts” and law enforcement often say that home invasions are very rare, which may be true on a statistical level for the American population as a whole.  But was it a “rare” occurrence for these homeowners (and countless other home invasion victims)?  No, for them, it was a 100% certainty. Unfortunately, only in one of these home invasion stories did the victims live to tell their story.

These two videos provide yet another compelling reason to have a gun for protection against a home invasion.

Butch CaseyCasey's NickelodeonCasimir SucharskiFLJune 1994MurderPembroke ParkTallahassee
Previous ArticleIf you can only have one gun…Next ArticleDon’t Think a Home Invasion Can Happen in a “Good” Neighborhood?