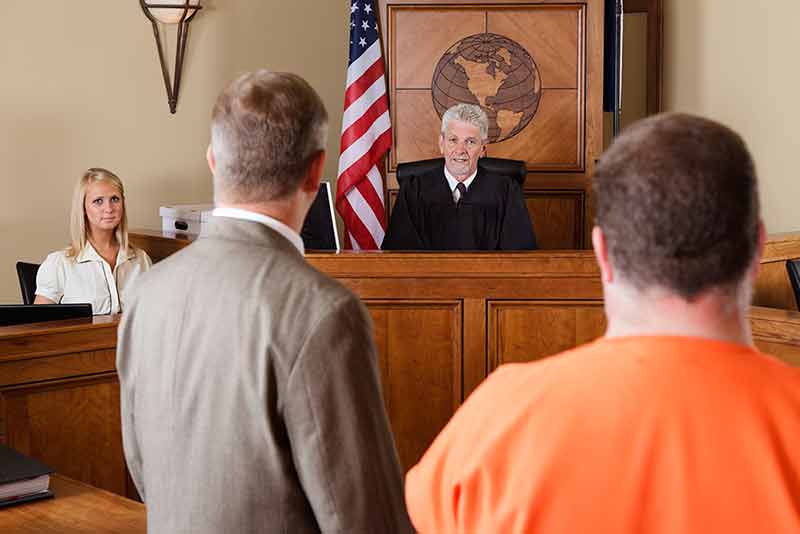 Often times, the criminal justice system fails not only victims of violent crime, but the public as a whole. How? Plea deals based on antiquated sentencing guidelines and Parole.

In a criminal case, a plea deal is an agreement between a prosecutor and defendant whereby the defendant agrees to plead guilty to a reduced charge, and/or to only one of many charges, in exchange for a reduced/more lenient sentence or the dismissal of other criminal charges.

Some prosecutors are more than willing to hand out plea deals, under the guise that it would prevent further trauma to the victim or the victim’s family.

While, this may be true in some cases, I believe that for many cases it is not. Rather, I believe that some prosecutors are lazy and indifferent to public safety and therefore would rather offer a plea deal to avoid the work necessary to prepare for a trial. Regardless of the motivations behind plea deals, there is no denying that offering reduced sentences, particularly to repeat offenders, is a serious public safety issue, for which judges, defense lawyers and prosecutors, simply show little regard.

Here is an excerpt from NJ.com about one such case:

Put another way, Custis has been convicted of at least a dozen felonies since 1988. Yet he has never spent more than five years at any one stretch in state prison, according to state corrections department records. Most times — with parole — he’s been out in less than two. And in some cases, he did no jail time at all. NJ.com

In this case, the repeat offender, 42 year old Shawn Custis, had 38 arrests and 17 felony convictions before he perpetrated the 2013 attack on a mother in the presence of her young daughter in Millburn, NJ.  Why did this violent career criminal get so many plea deals?

The NJ.com article goes on to report that “While the Administrative Office of the Courts does not track negotiated pleas by specific crime, nearly 70 percent of all criminal indictments are resolved through a guilty plea that typically benefits a defendant with less prison time.”

The only reason why Custis didn’t get offered a plea deal this time is because of the national attention this crime received.

Below is video of this multiple-plea-bargain recipient, criminal repeat offender, who committed his last violent crime before standing trial, being convicted (FINALLY, no plea deal) and sentenced to life in prison (75 years in NJ) WITH the possibility of parole after serving 85 percent of a life sentence. Custis would have to serve at least 63 years, 9 months to be eligible for parole. Custis will likely be dead by then, so why even bother to include the possibility of parole?

The above case illustrates how the justice system gave this violent felon revolving door justice through laughable plea deals based on antiquated sentencing guidelines that put the final victims’ (woman and her young daughter) safety at risk. Had this felon not been given reduced sentences through plea deals and instead sentencing guidelines been stiffened, perhaps this mother and her young daughter would have been spared this life changing trauma. Since the justice system failed this mother and her daughter, had the woman been armed with a firearm, the outcome may have been dramatically different. I sincerely hope the mother gets a firearm and trains regularly with it.

While the Administrative Office of the Courts does not track negotiated pleas by specific crime, nearly 70 percent of all criminal indictments are resolved through a guilty plea that typically benefits a defendant with less prison time.

Parole is the temporary or permanent early release of a prisoner based on good behavior while incarcerated. As the above case illustrates, parole can pose a significant risk to public safety. In fact, the Bureau of Justice Statistics studies found high rates of recidivism among released prisoners. Our lawmakers and justice system need to protect its law abiding citizens. Unfortunately, they don’t seem to care enough to do something about it.

Recently, Devin Patrick Kelley, shot and killed 26 people in a Texas church. The reason why Kelley was even on the streets as a free man is because the military court prosecutor offered him a plea deal, where he received a reduced 12 month sentence rather than the 5 year sentence he could have received based upon his crimes. Approximately 3 years after his release, he committed this horrific mass shooting at the church. Would a 5 year sentence have prevented the shooting that took place at the Texas church? I think so. Another tragic failure was that the the Air Force failed to submit Kelley’s criminal arrest & conviction to the National Instant Criminal Background Check System. Had the Air Force submitted his criminal arrest and conviction to the NICBCS, Kelley would not have been able to legally purchase firearms from a licensed gun dealer.

Kelley was stopped from taking more innocent lives when a local plumber, retrieved his firearm and shot Kelley, hitting him 2 times. This unexpected return fire from a law abiding armed citizen reportedly caused Kelley to drop his weapon and flee in his vehicle before killing himself. The armed citizen, Stephen Willeford, is a plumber who lived within close proximity to the church.  Willeford, is not a trained assassin, nor is he in law enforcement, nor does he have a military background.  But he is of course, a hero. He is also proof that a seemingly “ordinary” citizen legally armed, can stop a deadly threat. Even law enforcement officials conceded that were it not for the heroic actions of Willeford, more lives would have been undoubtedly lost.

Of course there are many, many incidents where an armed citizen has protected their own lives and those of others. But Willeford’s case is unusual in that he put his life in harms way, when he was not required, to prevent further innocent lives from being lost at the hands of a crazed killer.

I don’t necessarily advocate that every law abiding armed citizen run into danger to use their firearm, because that is each individual’s choice. However, having a firearm and training regularly to use it, can and does save innocent lives.

Every day, felons convicted of serious violent crimes such as murder, rape and kidnapping are still offered plea deals and parole. We all know what will happen when they reenter society. So the question becomes, are you willing to leave your safety up to the criminal justice system, or will you take responsibility for your own safety and that of your loved ones? A gun can enable you to protect your life and the lives of your family.

Here are some recent examples where the Justice System Failed to Protect, but an Armed Citizen Prevailed: