About 5 months ago, Sig Sauer announced the release of the MPX PCC redesigned with performance enhancements that cater to competitive PCC shooters. However, I believe the MPX PCC will also appeal to every day gun enthusiasts like me.

Sig MPX PCC at the Range:

The MPX PCC is accurate, reliable and really fun (and cheap) to shoot.

Compared to the original MPX Carbine, there are some noticeable differences.

I believe that many gun enthusiasts will appreciate the performance enhancements and build quality of the new Sig MPX PCC. The MPX PCC is accurate, reliable and really fun (and cheap) to shoot.

The Sig MPX PCC can also be a good home defense option with it’s minimal recoil and crisp, light, single stage trigger, making it very easy to shoot accurately with the addition of a good red dot sight, especially if you can use quality hollow point ammo such as Hornady 9mm Luger 115 gr FTX Critical Defense.

You can also have up to 30 rounds of 9mm at your disposal in a single magazine (provided you live in a state that does not limit magazine capacity).

Need more than a 30-Round Capacity Magazine?

30-round magazines (Gen 2 with tan colored follower) for the Sig MPX PCC are very expensive, so it’s best to shop around. Prices seems to fluctuate, so for instance, at MidwayUSA I’ve seen them for $49.99 each, which is about $15-$20 less than at my local gun stores. That’s crazy considering you can get 30-round Gen M2 MOE PMAGs (5.56) for about $10 each.

Putting an AR-15 Stock on the Sig MPX PCC

The one thing I didn’t really like about the MPX PCC was the factory folding/telescoping stock. So, I decided to replace it with an AR-15 stock. This required a special adapter to enable the use of a buffer tube. I ended up purchasing a Thordsen Picatinny Buffer Tube Adapter, Castle Nut, 6-Position Mil-Spec Buffer Tube and MFT Battlelink Minimalist Mil-Spec Stock. The total cost for these four items was about $130 (plus tax & shipping).

To attach the Thordsen picatinny adapter and a buffer tube, you will need 2 different sized hex wrenches, a 5/64 and 7/32. The 7/32 hex wrench is needed to secure the Thordsen adapter to the rear vertical picatinny rail of the MPX, offering a clean look because there are no externally visible top or side mounted fasteners. The 5/64 hex wrench is used to secure the tiny set screw at the bottom of the Thordsen adapter to the buffer tube. You will also need a castle nut wrench – I purchased the Tapco Enhanced Stock Wrench from Thordsen Customs for just $9.99.

Alternatively, Sig Sauer offers their “M4 Style Stock” (currently priced at $149.99 on the Sig Sauer website) which includes a stock, buffer tube, castle nut and stock adapter folding knuckle. Since I didn’t need the folding stock capability and I wanted to choose my own stock (in this case, the MFT Minimalist stock), I decided against getting Sig’s M4 stock.

Sig also sells their stock adapter folding knuckle separately (currently priced at $99.99 on the Sig Sauer website), but this would require the additional purchase of a buffer tube, castle nut and stock which would have brought my total cost to about $180 (plus tax & shipping).

I find that the AR-15 stock set up offers a better cheek weld surface than the OEM stock and looks fantastic. That said, I do find that a standard AR stock (such as the MFT Minimalist stock) sits a little lower on the MPX than the OEM stock. One way to address this issue would be to position the Thordsen adapter a little higher on the MPX’s rear picatinny rail, but I think it would look a little strange and I’m not convinced it would be as sturdy.

As a matter of fact, I just discovered and purchased the FAB Defense GL-Core Buttstock which offers a built-in cheek riser.  This turned out to be a great alternative to the MFT Minimalist stock and you should be able to buy it from many of the popular online stores that sell AR-15 stocks, for about $80 (comes with an interchanging tube adapter for Mil-Spec and Commercial buffer tubes). You can also purchase it directly from FAB Defense here…just be sure to check the box to add the option for “cheek raiser”. The FAB Defense stock’s integrated cheek riser provides a much better cheek weld. The FAB Defense GL-Core buttstock comes preinstalled with right and left side adapters for a commercial buffer tube, so if you are using a Mil-Spec buffer tube, you will want to remove the commercial adapters and replace them with the included Mil-Spec adapters. Also be sure to tighten the cheek riser’s allen screw to prevent it from wobbling.

Check out an image of the FAB Defense GL-Core Buttstock on the MPX PCC below. 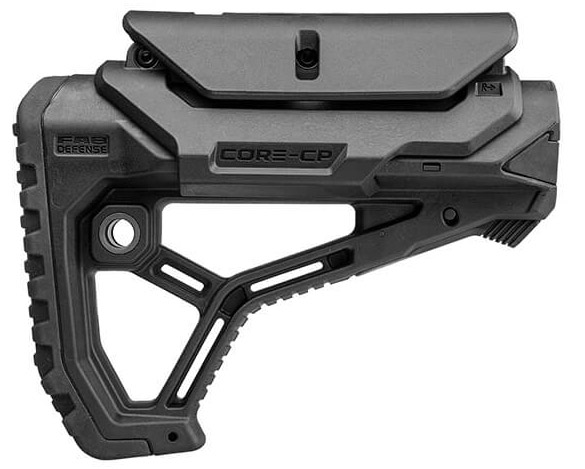 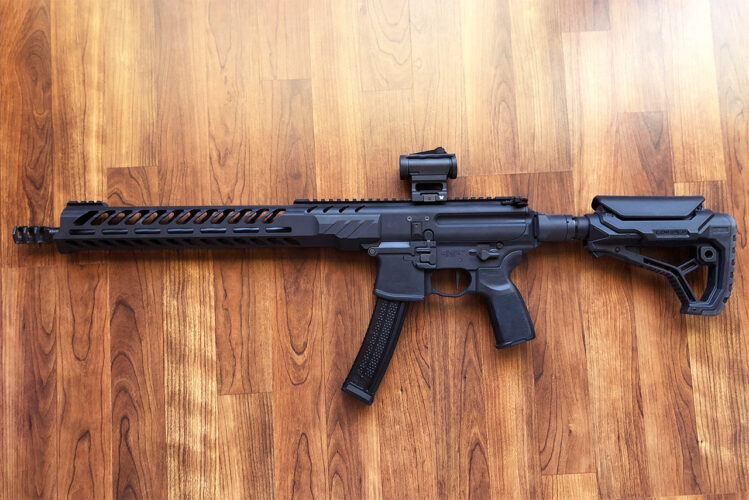 Fit and finish of Thordsen’s picatinny buffer tube adapter is top notch. The AR-STONER Extreme Duty 6-Position Mil-Spec Diameter Buffer Tube that I purchased for $29.99 (plus tax and shipping) is made from 7075-T6 aluminum and has an excellent fit and finish. Another plus is that all of these products, including the Tapco wrench, are made in the USA. 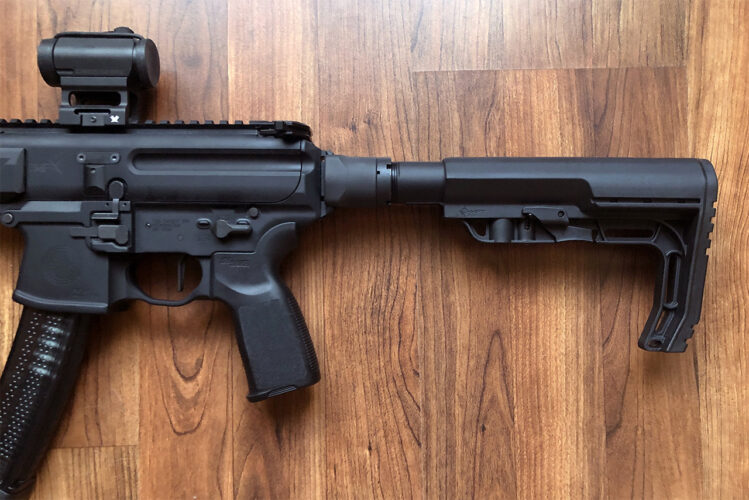 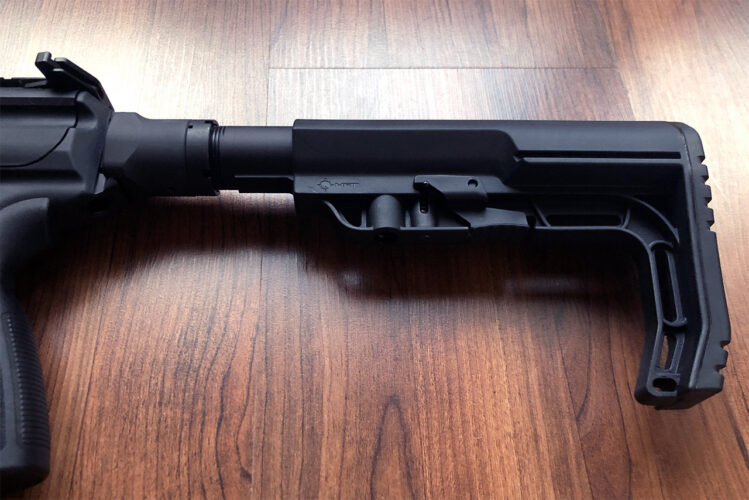 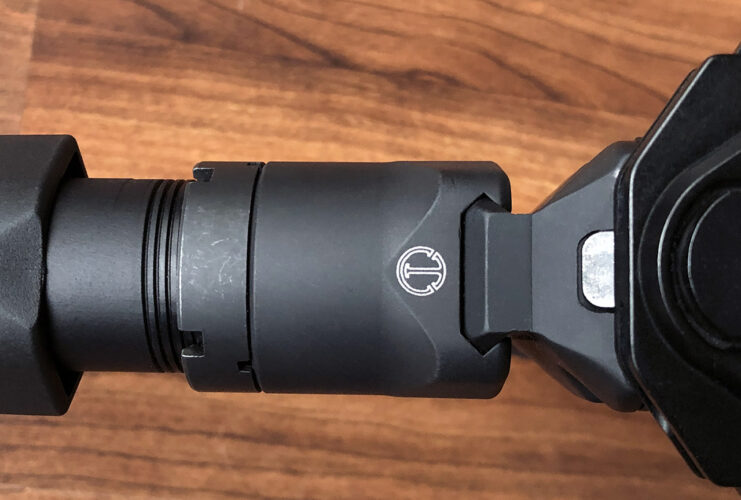 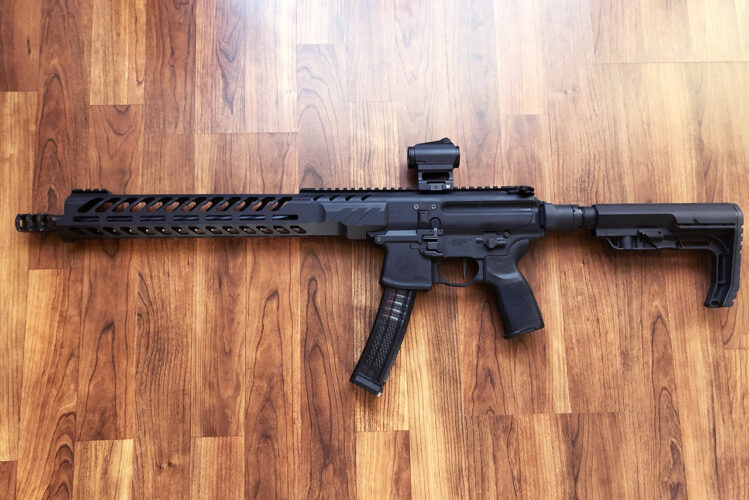 Looking for a good red dot sight for around $150 (and offers a lifetime warranty)?

Check out the Vortex Crossfire Red Dot sight which you should be able to find at your local gun store or online (i.e. MidwayUSA) for roughly $150 (street price). Here’s a link to Vortex’s website: https://vortexoptics.com/vortex-crossfire-2-moa-red-dot.html

Interested in a great Holographic Sight for about $400 (and offers a lifetime warranty)?

Here’s why I upgraded to the Vortex AMG Razor UH-1 Holographic Sight for my MPX PCC. 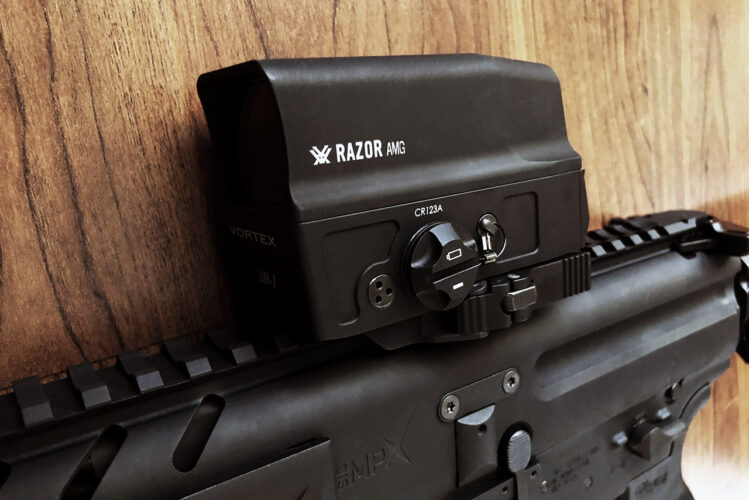 For me, that’s a definitive YES. 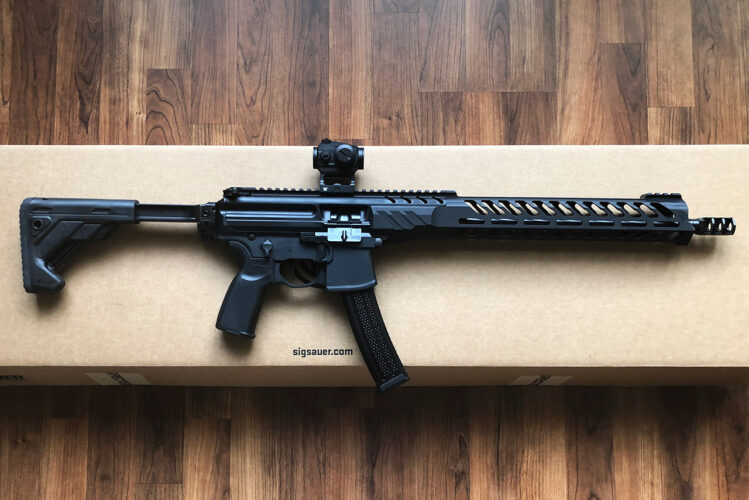 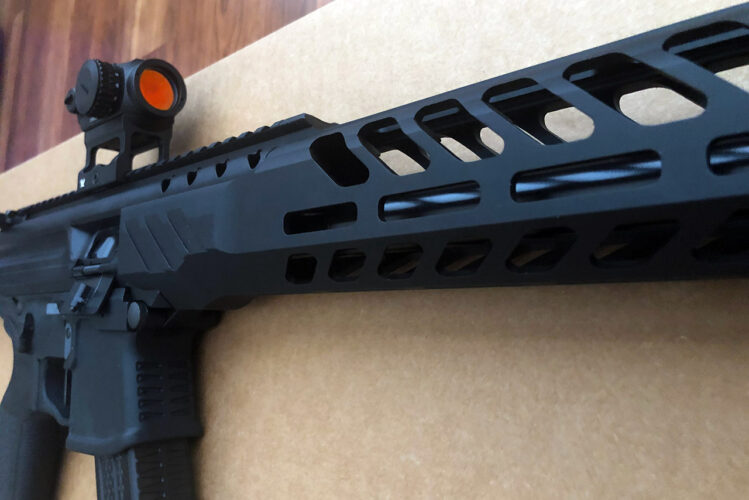 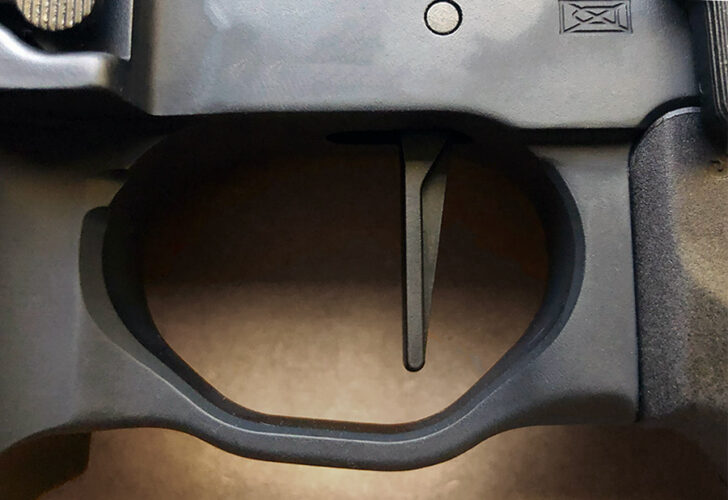