The YHM Turbo T2 is dedicated 5.56 suppressor that began shipping in early 2020 as the replacement for the original Turbo that was released in 2017.

Features of the YHM Turbo T2

The YHM Turbo T2 ships with: The YHM Kurz QD Adapter (available in steel or titanium) enables you to shorten your Phantom QD mounting system by almost 0.75″ giving the Turbo T2 a total overall length of about 5.75″.

According to my scale, the Kurz QD adapter made from steel weighs 2 oz, while YHM states on their website that the titanium version weighs 1.2 oz. Just to be on the safe side, I have decided to only use mini Phantom QD muzzle brakes with the Kurz QD adapter on a Turbo T2. Additionally, the “mini” QD brake (3.25 oz) is a little lighter than the standard QD brake (3.875 oz). 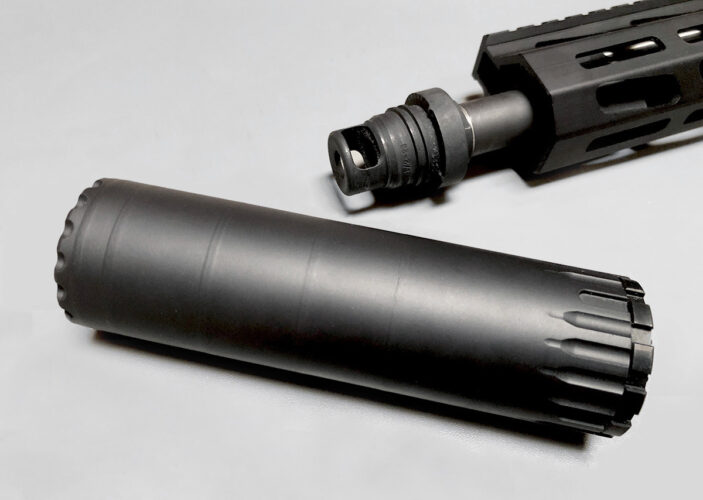 If your goal is to have the shortest and lightest 556 suppressor while using a QD mount, you could just put a Titanium Kurz QD adapter on the Turbo K and call it a day. This would give you a total weight of about 10 oz and an overall length of just under 5.0″.

However, if you prefer to have better sound suppression while still being as light and short as possible, then the Turbo T2 with a Kurz QD adapter may be the way to go. This would give you a total weight of about 12 oz with a Titanium Kurz QD adapter (12.875 oz with a steel Kurz QD adapter) and an overall length of about 5.75″. 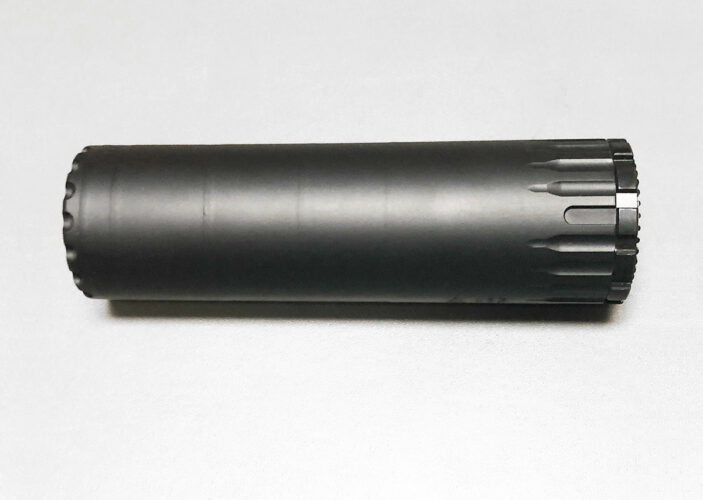 What Happened to the original YHM Kurz “Kit”?

When removing your Turbo T2, grasp it (while wearing a heat resistant glove or mitt) from the bottom around the notches of the Phantom QD adapter. If you ever have trouble removing your Turbo T2, you can use one of the spanner wrenches that is included with your Turbo T2, to break it free. To do this, position the spanner wrench at the bottom along the notches on the Phantom QD adapter itself and turn it counter clockwise. While YHM’s QD mounting system is very good, you may want to read some tips and potential issues here.

I believe that no suppressor is truly hearing safe. Regardless, I always double up on ear pro, even when shooting suppressed. Keep in mind that one loud blast (impulse noise), such as from gunfire or an explosion, of less than 1 second, can cause permanent and immediate hearing loss. For example, it has been reported that impulse noise which exceeds 140 decibels can immediately damage your hearing.

Hearing damage really boils down to the length of exposure to noise at a particular decibel level. For instance, The National Institute of Occupational Safety (NIOSH) states that for 115 decibel noise, the exposure limit is 28 seconds. The exposure to any sound louder than the 70 dB (EPA safe noise level) over 24 hours will damage hearing. Below is a chart from the American Suppressor Association that can help put exposure to sounds in perspective.

Due to the ammo shortage, I was limited to what and how much I could shoot. That said, when shooting 300 rounds of M193, the YHM Turbo T2 eliminated concussion and noticeably reduced the flash signature, while bringing the sound level below that of a typical 9mm pistol.

Especially if you are shooting indoors with a shorter barrel and muzzle brake, this makes shooting 5.56 NATO a surprisingly pleasant experience. In fact, many people have tapped me on the shoulder to ask what brand of suppressor I was using and/or whether I was shooting subsonic ammo because they were amazed by how much quieter the YHM Turbo T2 (with the Kurz mount) made my SLR Rifleworks AR build. I also did not notice any difference in sound suppression when using the shorter Kurz QD adapter compared to the standard QD adapter.

More Gas to the Face and Eyes

Please keep in mind that the primary drawback when using the YHM Turbo T2, like with many other suppressors, is the increased gas to the eyes. It is for this reason I also use the Griffin Armament SN-ACH Charging Handle (another option would be the SilencerCo Gas Defeating Charging Handle) along with an adjustable gas block. And for certain upper/lower receivers, I used electrical tape to cover the gaps between them which prevents gas from escaping into my eyes. 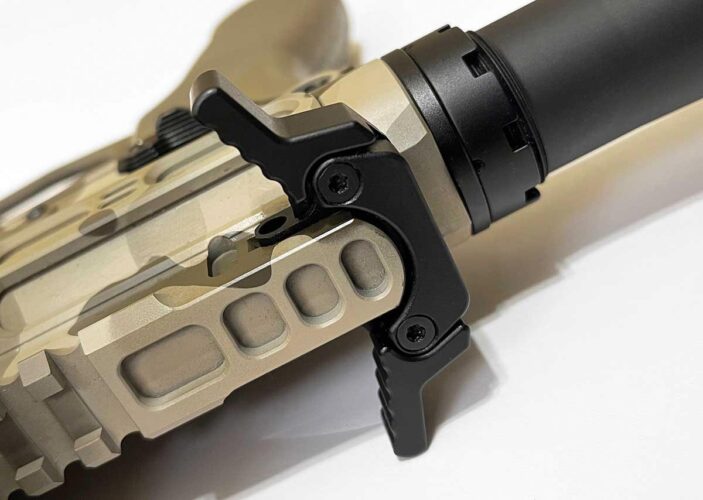 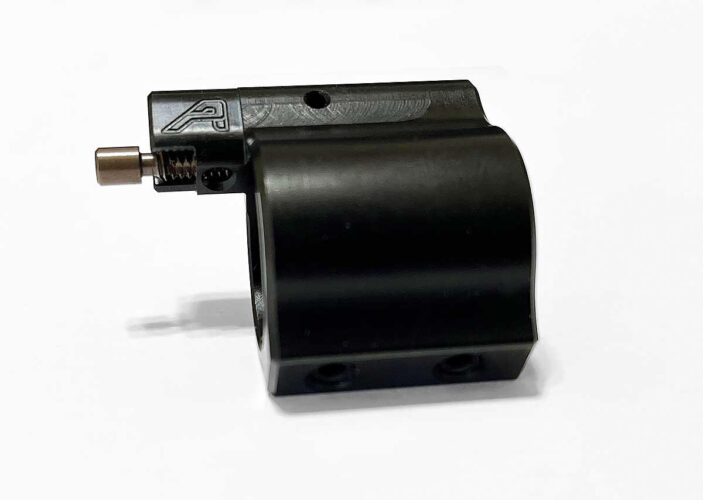 Should You Use Frangible Ammo with your YHM Turbo T2 Suppressor?

According to the YHM Turbo T2 owner’s manual:

The YHM Turbo T2 is an affordable, durable and impressive dedicated suppressor for 5.56 NATO from a reputable manufacturer, Yankee Hill Machine. The Turbo T2 also has a relatively short overall length, particularly if you purchase the Kurz QD adapter (approximately 5.75″).

Another awesome feature is that the YHM Turbo T2 uses a 1-3/8″x24 threaded rear mount making it compatible with a variety of mounting systems from other manufacturers including the SilencerCo ASR and Dead Air Key-Mo.

The YHM Turbo T2 costs about half of what many other popular suppressor brands have to offer. It is also shorter, lighter and quieter than many of those other more expensive suppressors. Whether this is your first suppressor, or another one you’d like to add to your collection, I don’t think you’ll find a better performing suppressor for the money. 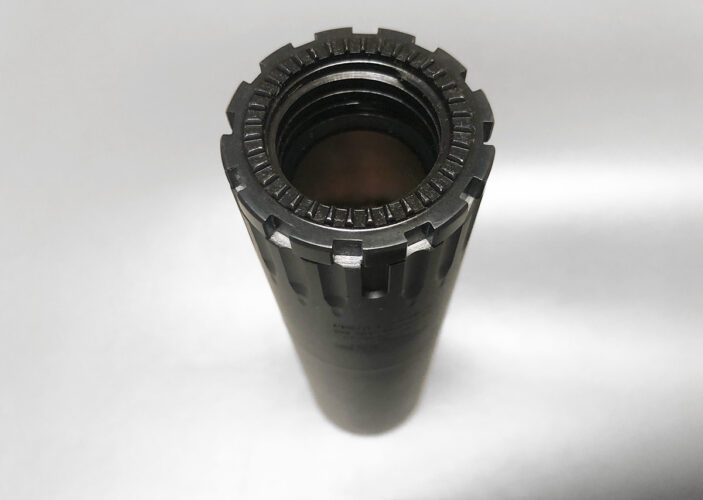 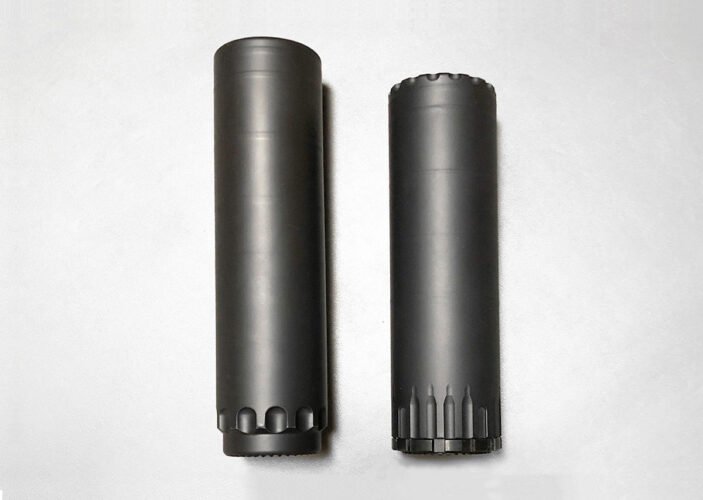 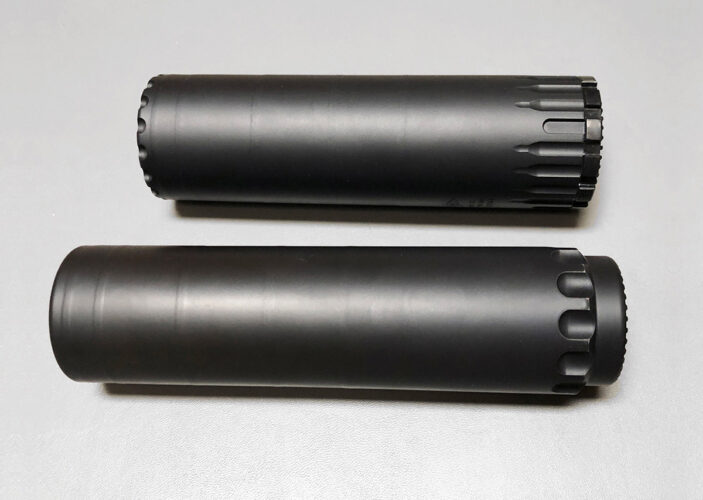