Wilson Combat has been building custom 1911 pistols since 1977. By 2002, they were machining AR related products such as receivers and handguards.

Since then, Wilson Combat has expanded its product line to become a formidable manufacturer of custom firearms and parts. These include its high-end, AR-style rifles offered in a wide range of calibers.

In this article, we’ll take a look at their standard weight, non-ambidextrous, AR-15 billet upper and lower receiver set (TR-LOWUPP-BIL-ANO) in a custom pistol build. 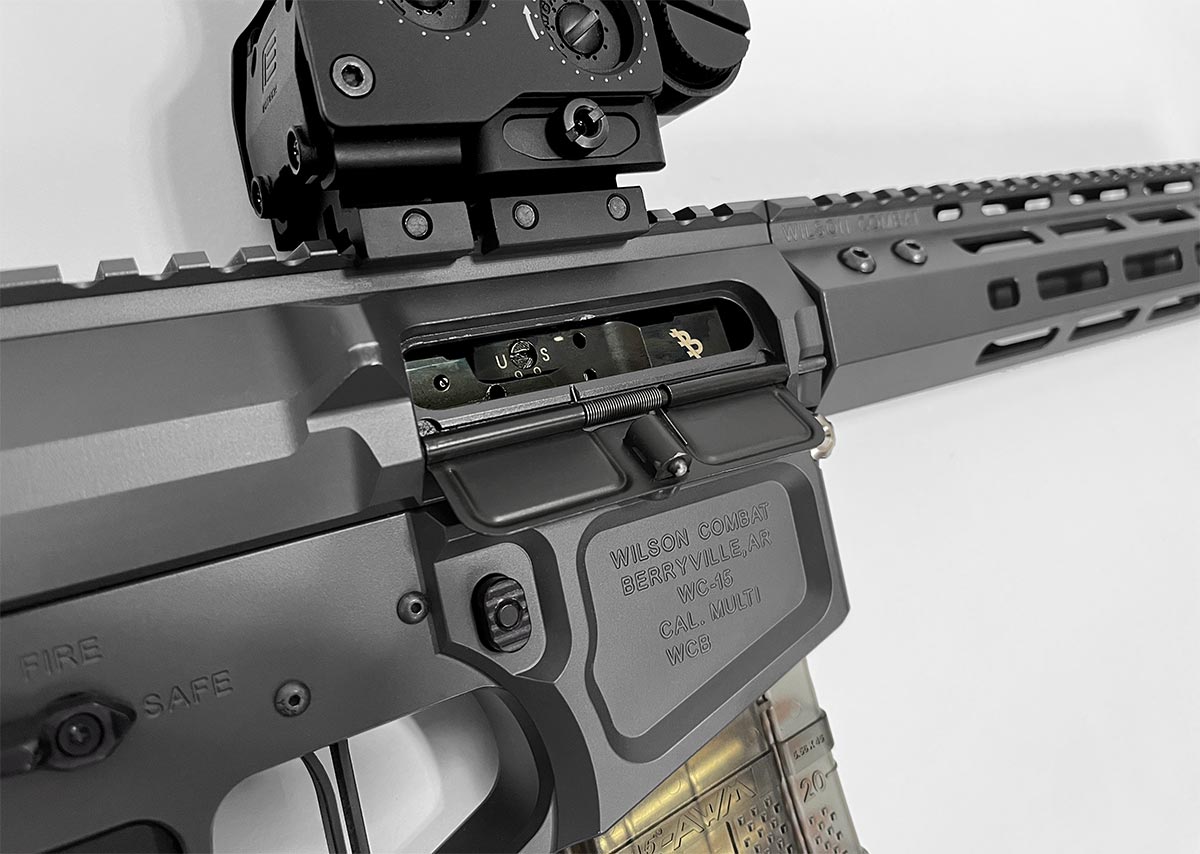 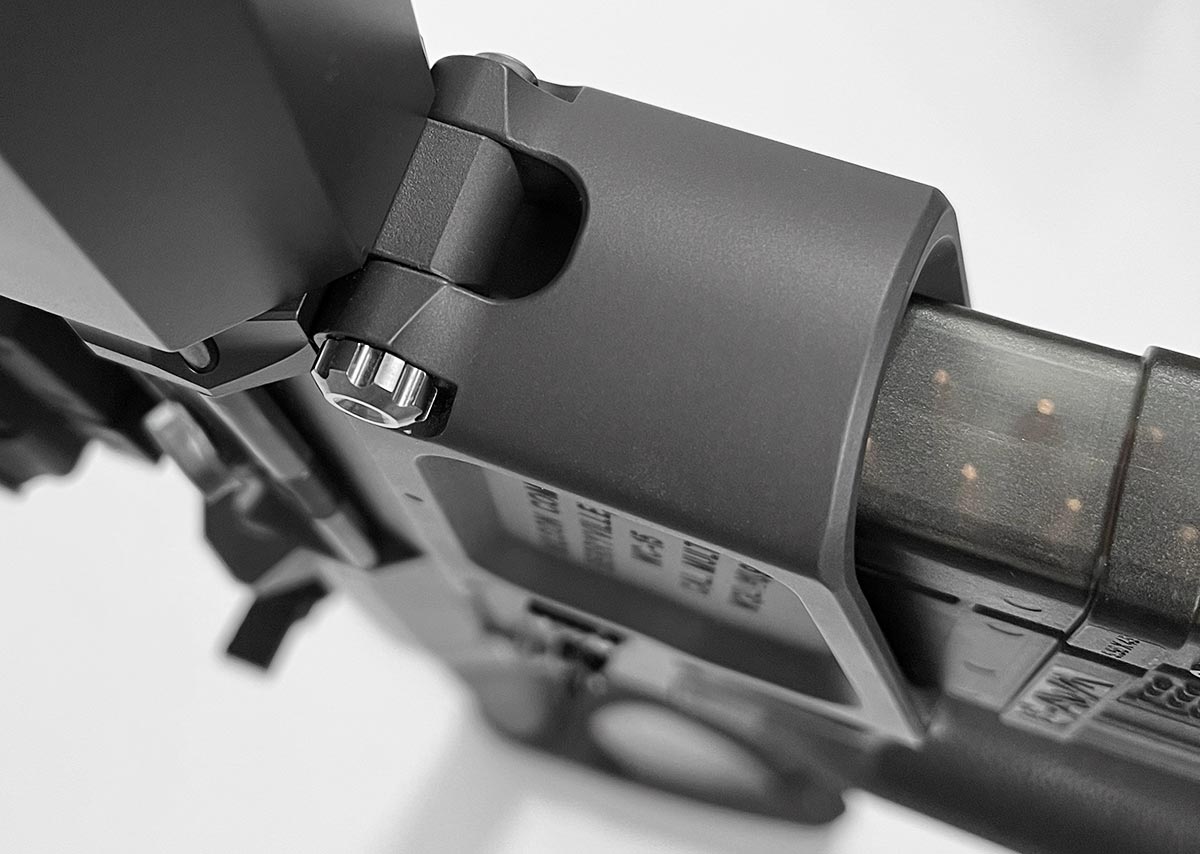 At 18.7 oz, the Wilson Combat stripped billet receiver set is a little on the heavy side, especially compared to the 12.3 oz, 2A Armament Balios Lite stripped receiver set. 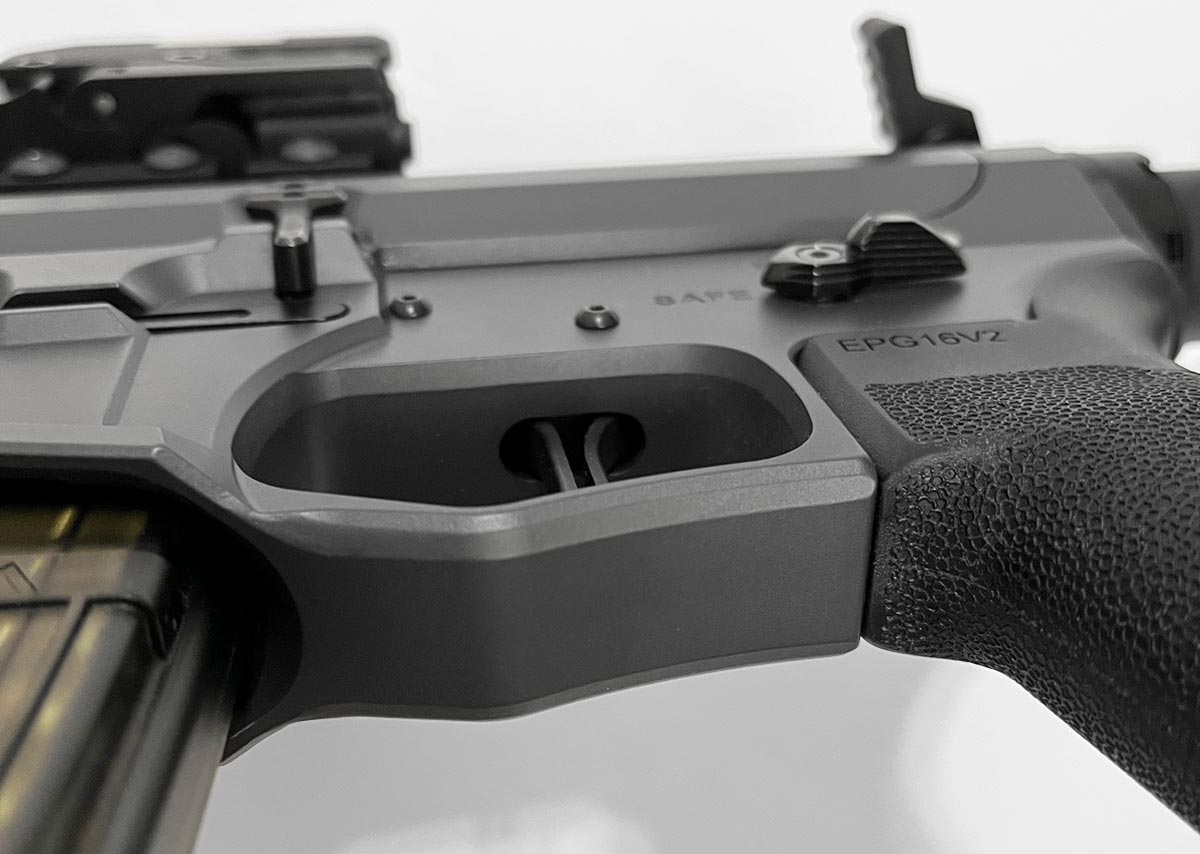 The design and machining of the Wilson Combat billet upper and lower receivers are among the finest I have seen. I really like the design of the oversized magwell. I also love the wider integrated trigger guard which has nicely beveled edges that sit comfortably against the finger.

Wilson Combat’s standard anodized finish is a flat grey color (see image below), that tends to easily show scratches and marring. You can always order your receiver set directly from Wilson Combat and pay extra for their “Armor-Tuff” finish in a color of your choice.

Armor-Tuff is Wilson Combat’s proprietary finish that is similar to Cerakote and costs $90 to have it applied to their receiver set. According to the Wilson Combat website, Armor-Tuff must be ordered in conjunction with an Anodized Upper/Lower Set.

Color options for Amor-Tuff are: 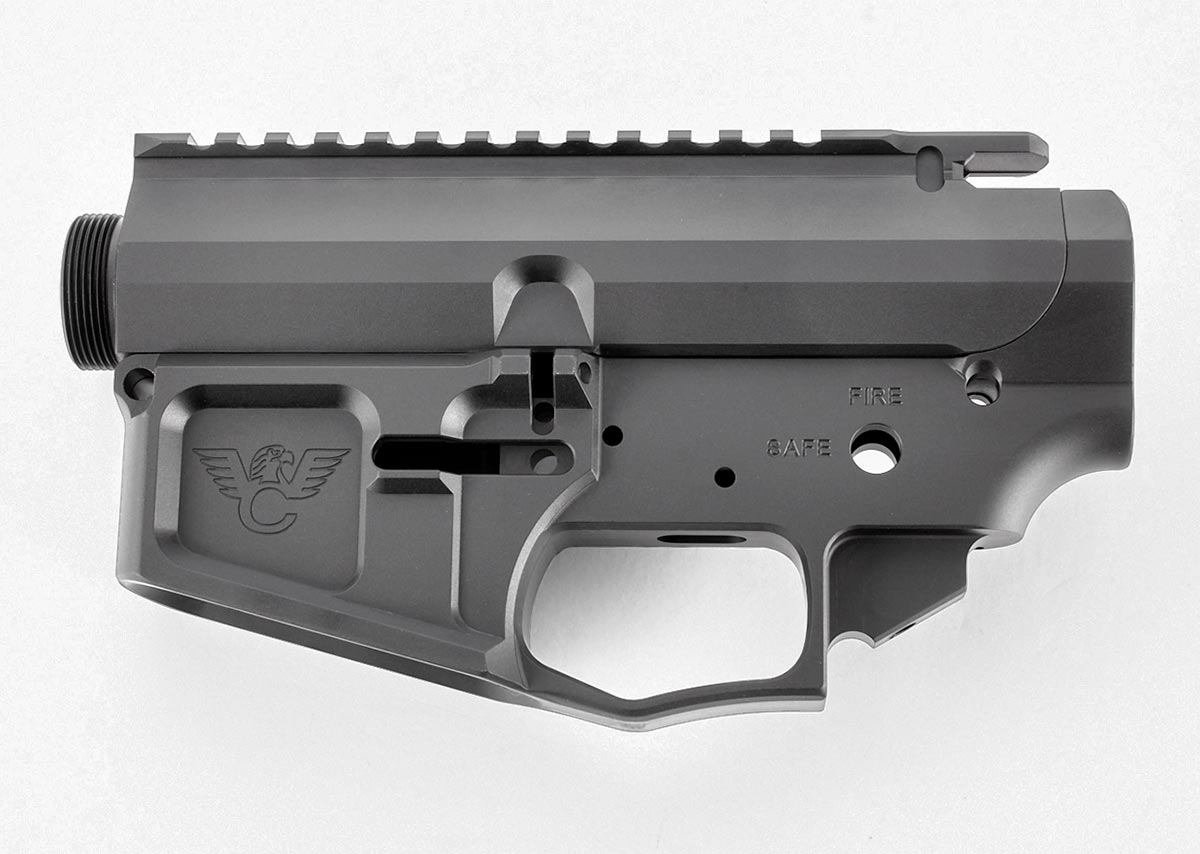 As noted earlier, the Wilson Combat billet receiver set has some side-to-side slop, which is annoying. I’m also not a fan of their anodized coating as it is a dull grey finish that easily shows scratches and marring, in addition to not matching the anodized Wilson Combat handguards. This is why you may also want to have it Cerakoted, which of course, adds to the cost of the receiver set and handguard.

Another thing I don’t like is that Wilson Combat puts the rear takedown detent channel/hole for the detent spring, further down the rear of the lower receiver so that the rear detent spring must be held in place by the top of the pistol grip. This is a real pain in the ass, so much so, that I almost ended up using a 4-40 tap to put in a threaded allen screw that would capture the rear detent spring.

And finally, I don’t like that the Wilson Combat Billet upper is not compatible with the Strike Industries polymer Ultimate Dust Cover. 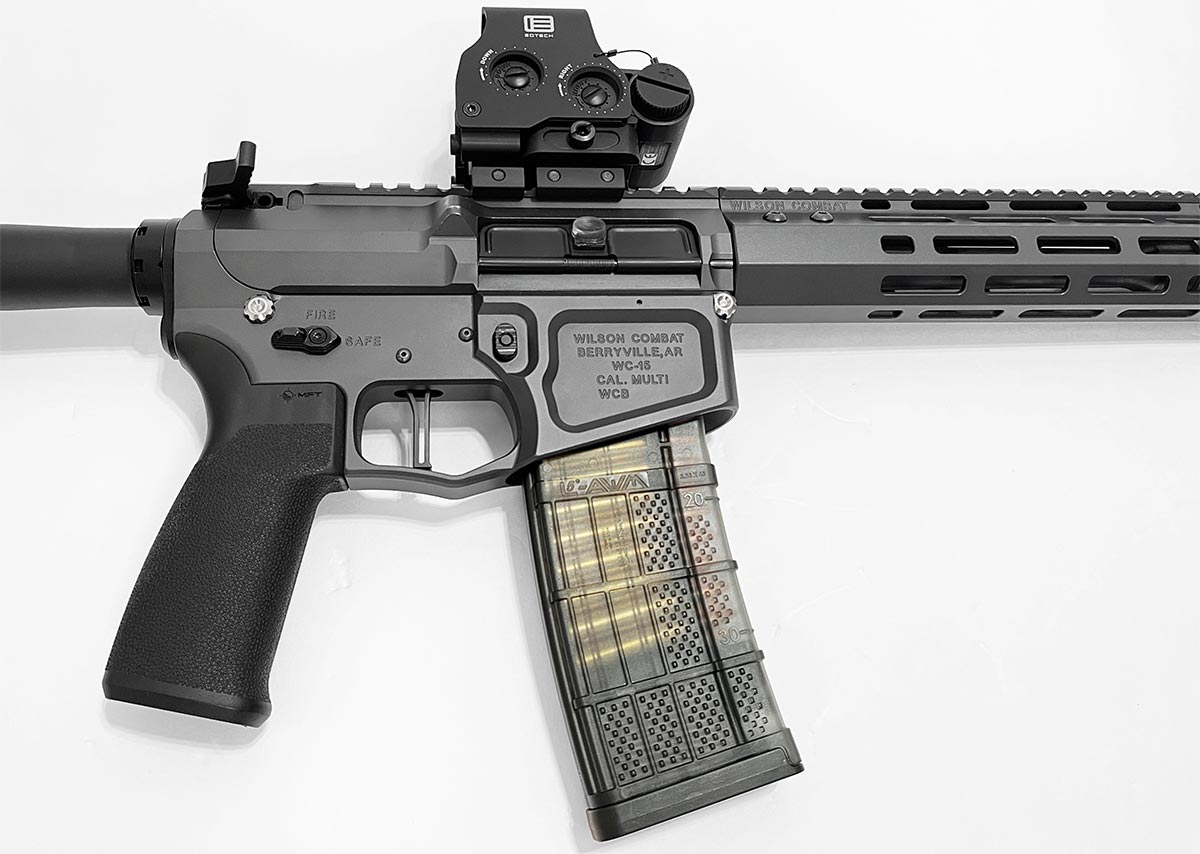 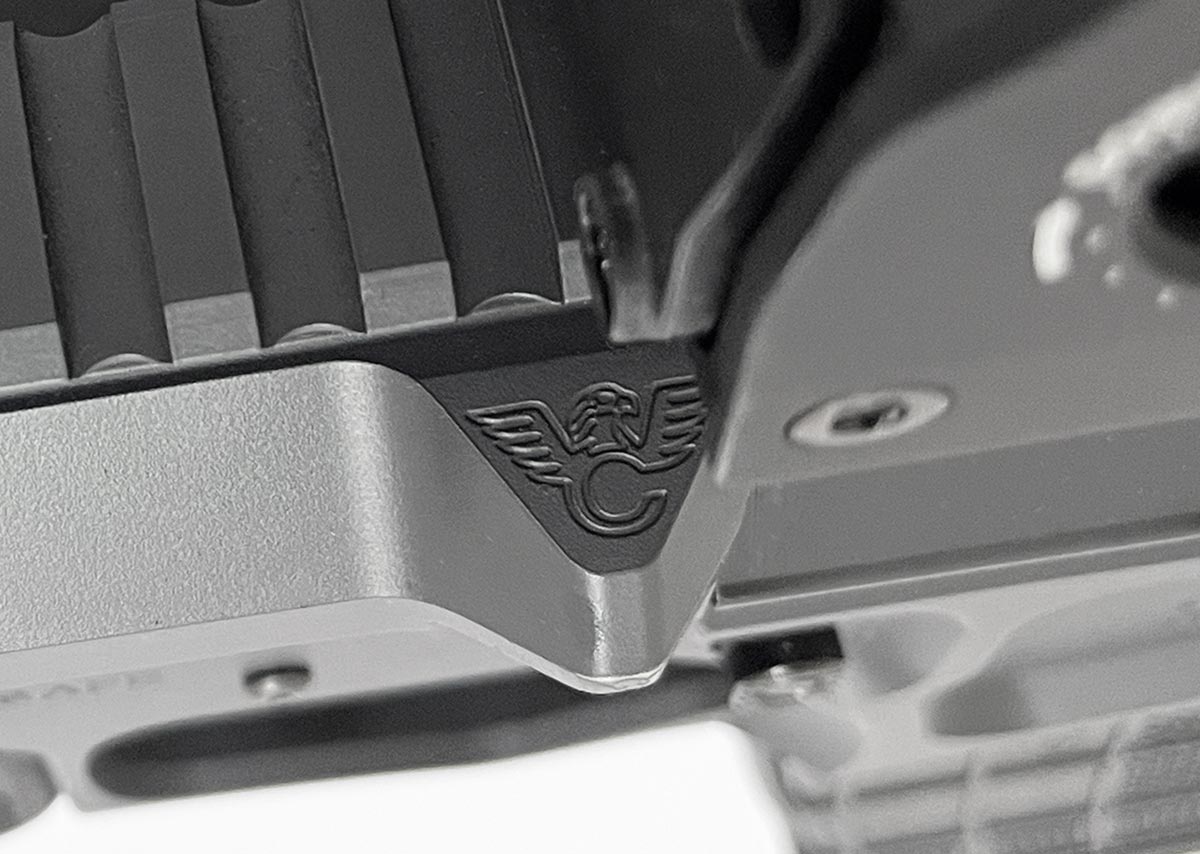 If you are looking for one of the finest, non-ambi, stripped billet AR receiver sets (for AR-15 or AR-10), you might want to check out Wilson Combat.